Today I'd like to share with you a comparision between Chanel Peridot and OPI Just Spotted the Lizard. From the bottle shot JSTL has a lot more blue and green compared to Peridot. I guess it's possible that this could partly be because of the shape of the bottle. So they do look somewhat different in the bottle. 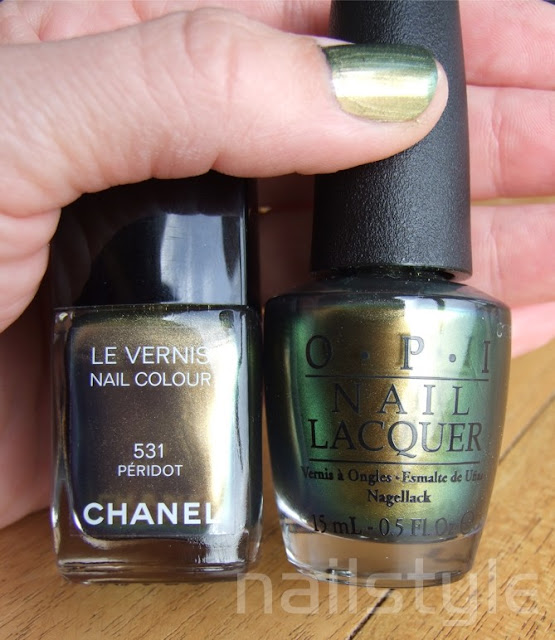 Now before I get onto the polish shots - I just like to comment on their application. Both polishes dried relatively quickly. I found the wider OPI brush a lot easier to work with than Chanels longish thin brush. Both formulas show brush strokes and this is quite difficult to avoid. Other than that I couldn't really find any obvious difference between the two.

So this is a bit picture heavy - my apologies - but this is really the most gorgeous duochrome. Golden in the sunlight and flashing green in the shade. These pictures show two coats.

Ok hands up who can tell the difference??? I must admit that they are so similar I couldn't remember which ones were which and to keep checking before I added the text to my photos. 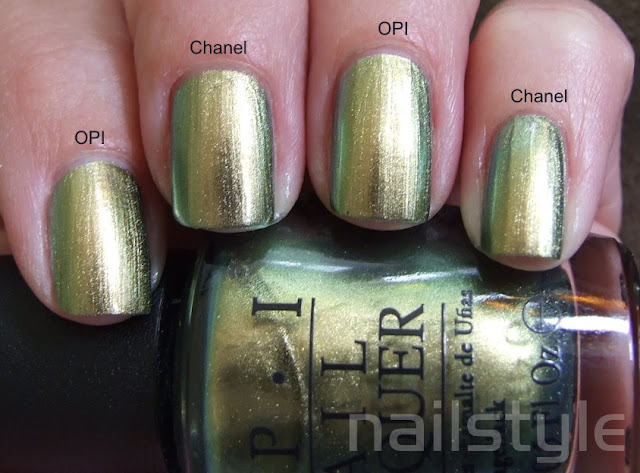 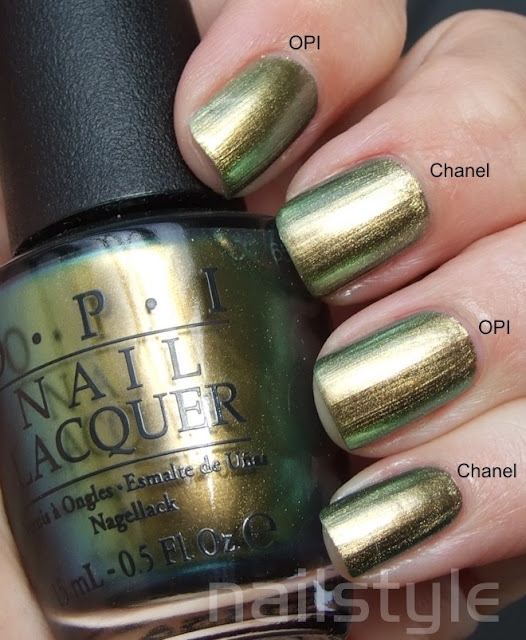 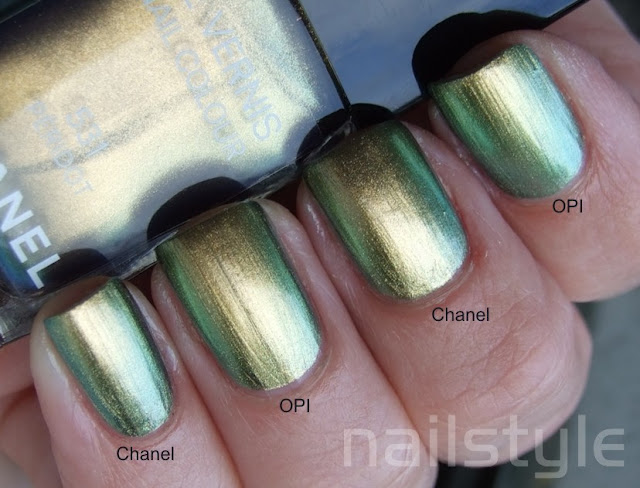 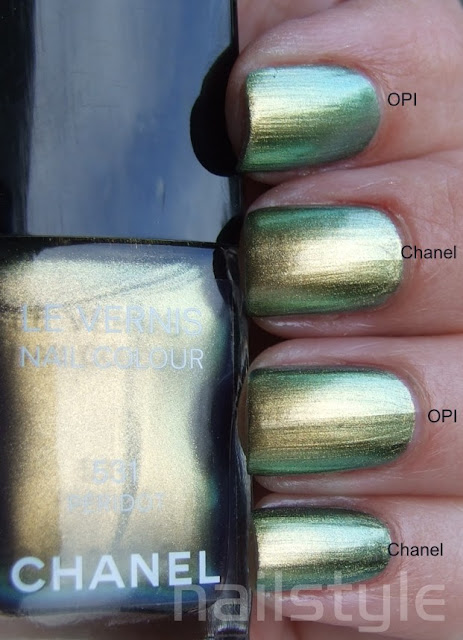 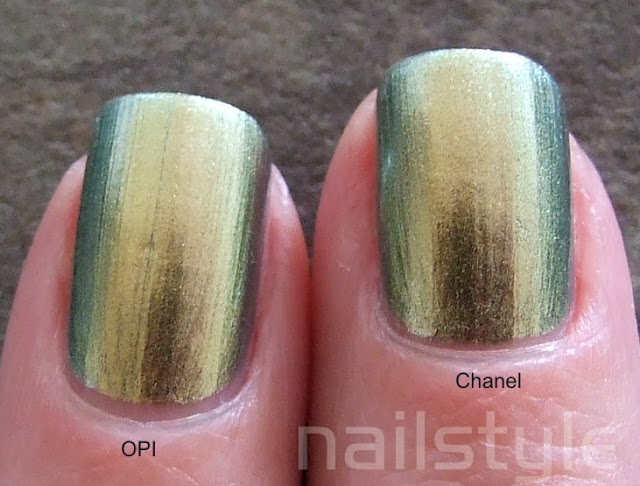 So what's your opinion on these? I know that for most of you Chanel is a pretty pricey polish. I happened to land one for $20 which I guess seems a bit steep. However standard prices for OPI in NZ are about $24 so I guess from that persective it's quite a bargain.
Posted by Nailstyle at 22:16

Thanks for visiting - I love to read your comments.