Having just bought some gorgeous green and bold blue polishes it's time to put them to the test! Interestingly I have never owned either a green or a blue polish before - I've always stuck to the traditional reds/pinks/taupes and browns. I think I am a convert though . . .

This is a selection of my green polishes: 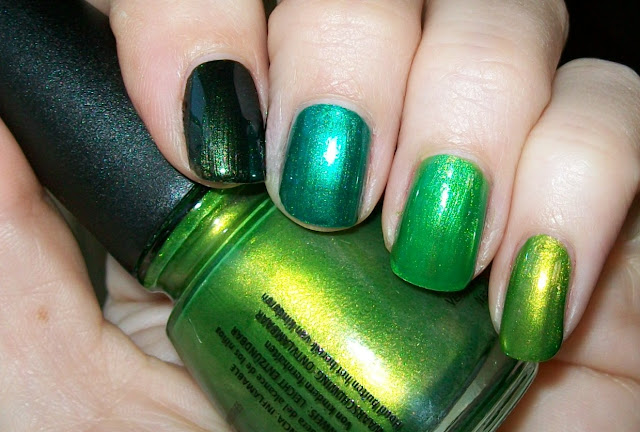 This is China Glaze's Gussied Up Green. Love how even though it's very dark the green shimmer looks amazing. 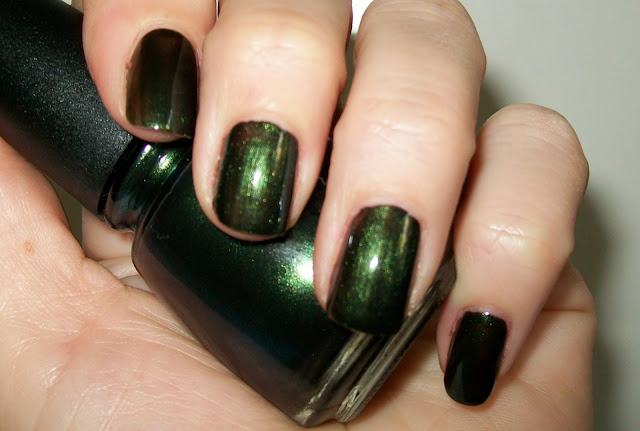 And while I was at it I decided to see how it looks with various stamping polishes. 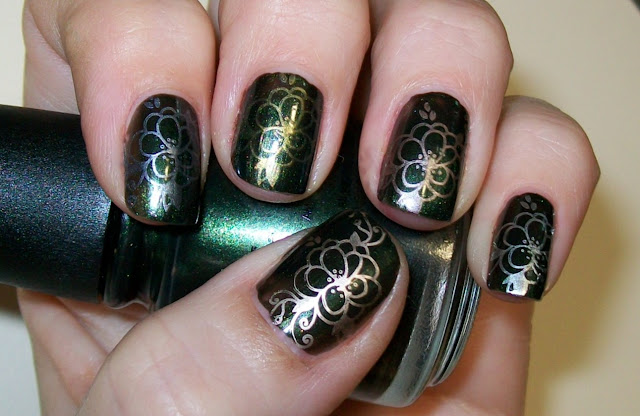 And now time for the blues: 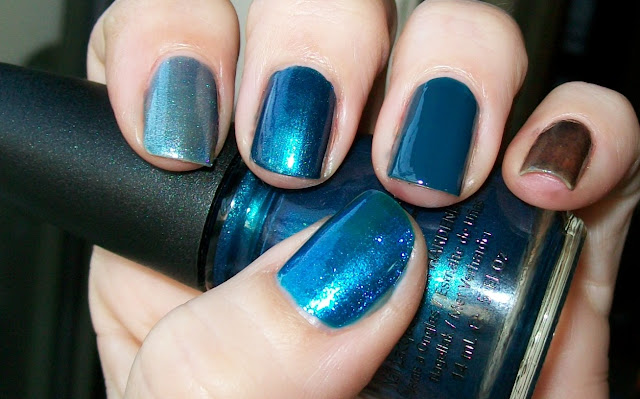 So I've decided that Blue Island Iced Tea really isn't for me and while it's a terrible angle for Midnight Blue Glitter I don't see me wearing that either. The other three colours I'm really taken with, especially Ski Teal We Drop and I can't help but love the vibrancy of Rodeo Fanatic.
Posted by Nailstyle at 17:49

Thanks for visiting - I love to read your comments.